Be Open To Something Unique 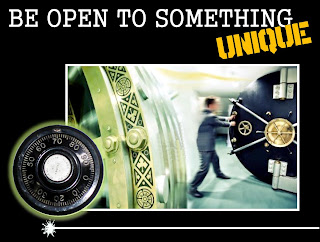 One of the things that made the IMF so successful was that they never approached problems the same way as everyone else did.


Phelps figured out that, if he could just sneak a man into the safe (hidden in a large suitcase), then it would be easy for that person to get the document and break out of the safe once he had access to the tumblers for the lock and all of the other electronics from the inside of the door.  He was right, of course, and the team accomplished another “impossible” mission simply by NOT approaching the problem the way everyone had always done it before.


At our utilities, we hear the phrase, “That’s the way we’ve always done it,” a lot.  This phrase has stopped innovations from happening since the dawn of time.            Our utility used to have a real problem with sewer spills.  When I asked how we stop them, everyone said that we can’t stop them… it’s impossible because we cannot force people to change what they do in their own homes (like pouring oil and grease down their drains) which cause sewer spills.  We refused to accept this answer and instead launched a Used Cooking Oil Recycling and Biodiesel Program coupled with a major customer outreach effort.  By capturing the public’s attention in a way not tried before, we have reduced sewer spills in our system more than 70%!


What is stopping progress and innovation at your company?  Push back HARD every time you get an answer like, “That’s the way we’ve always done it.”  There is very likely a new and unique way to solve the problem that is different from the way you’ve always done it.


ACTION:  Challenge assumption!  Blaze your own path!  Find new and innovative ways to solve problems…there are plenty of them for you to tackle!

Posted by Rob McElroy at 9:24 PM No comments:

Decide Upon a Plan 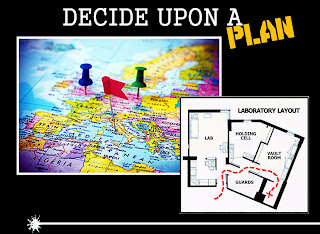 There is a specific order that Jim Phelps goes through to accomplish the mission.
Do you ever think there was an episode where Mr. Phelps said, “I think I’ll just grab a few random people, fly to Europe and see if we can wing it.”
The first thing he did was to decide upon a plan of action.  This is crucial.  He saw what he needed to accomplish by the end of the mission and backward planned, step by step, how to get from where he was to where he needed to be.  By breaking the plan down into small enough steps, each one of them could be accomplished easily.  Together, they accomplished the mission others thought was impossible.
At our utilities, we can do the same thing.  Close your eyes.  Picture the perfect utility in your mind.  Now open your eye and realize that you are not there yet.  Then make a conscious decision to do what it takes to get you to that vision of perfection that you had in your head. Backwards plan from “perfect” all the way back to where you are today.
For instance, if you need funding for a major upgrade, a rate increase might seem impossible to pass in this economy. To accomplish this, you might backwards plan in this manner:
To get additional funding, pass rate increase.
To pass rate increase, gain support of Board (and the politicians that make up your Board).
To gain this support, lower pushback from the public.
To lower pushback, communicate value effectively to customers.
To communicate value, actively engage customers.
To engage customers, increase customer service and the public presence of utility.
To increase customer service, lead by example to show all employees that customers should be treated with great respect and care, instead of as interruptions in our work.
To increase public presence, visibly support activities that the public embraces.
As you can see, none of these steps alone seems “impossible”, yet together, they enable you to accomplish a seemingly impossible task!
ACTION:  What is your plan to get where you need to be?
Posted by Rob McElroy at 1:04 PM No comments:

Rob McElroy
Rob McElroy is the Vice President of Operations and Market Development for Algae Systems, a company organized to see our cities’ wastewater streams as valuable resources to be harvested, rather than costly things to be disposed of. Prior to that, Rob was the General Manager of Daphne Utilities for more than 9 years and managed the company to achieve remarkable things including recognition from both The Wall Street Journal and Inc. Magazine as one of the best small companies to work for in America and the awarding of multiple EPA “Awards of Excellence” of the last few years. Among many person recognitions, Rob was named “Engineering Manager of the Year” in 2010 by the Mobile Area Council of Engineers. Rob has also been published more than a dozen times in trade publications. Rob devotes a significant amount of time through his seminars and workshops to help others discover ways they can bring success to themselves and their organizations by embracing the power of never settling for “good enough”. If you need a powerful and effective public speaker at your next event, give him a call at 251-689-5020 or email him at rob@robmcelroype.com .